‘We watched the house go up in flames’ 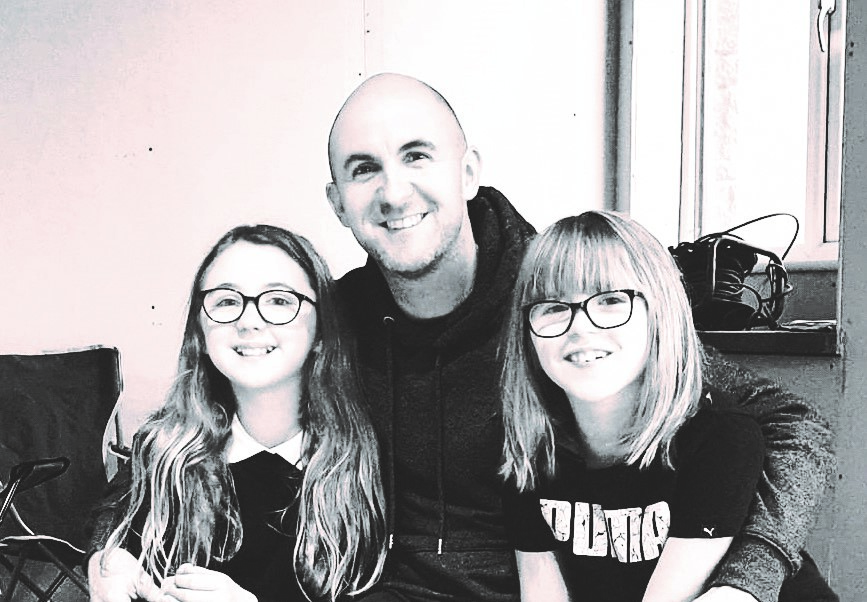 Iain Miller’s life was turned upside down when his house was destroyed in a fire in December 2020. He vowed to rebuild it from the bare bones and thanks to help from the Lighthouse Construction Industry Charity and supporters, his family were back in their home to enjoy Christmas and the new year just gone. Iain, the owner of Evolve Plumbing and Heating in Dunfermline, has been in the trade for 25 years and started out as an apprentice. In December 2020 having been out sledging with his daughters Holly and Casey, disaster struck. This is his story in his own words.

“When we got home, I lit the coal fire to get everyone warmed up. When the fire had died down, we went out to the hot tub in the back garden. We’d been there for about an hour when Casey decided to get out and go inside. As she got out, I noticed the hot tub lights were flickering. Casey opened the back doors and a massive plume of black smoke came out.

“I ran into the house, but it was pure black with smoke, the electrics had tripped so the house was in darkness. The only thing you could see was fire. I sent the kids to the top of the garden and had to go in and save the dog. As soon as I saw the fire, I knew I couldn’t fight it – it was far too big.

I got everyone out, we were all in our swim gear, snow on the ground, and then the windows blew. We went to our neighbours and watched the house go up in flames. It was awful but at least we all got out safely. I contacted my insurance company and then had more devastating news. My home insurance had just lapsed. I was on my own. A structural engineer checked the house and deemed it safe to rebuild, but it would need stripping back to the bare bones. 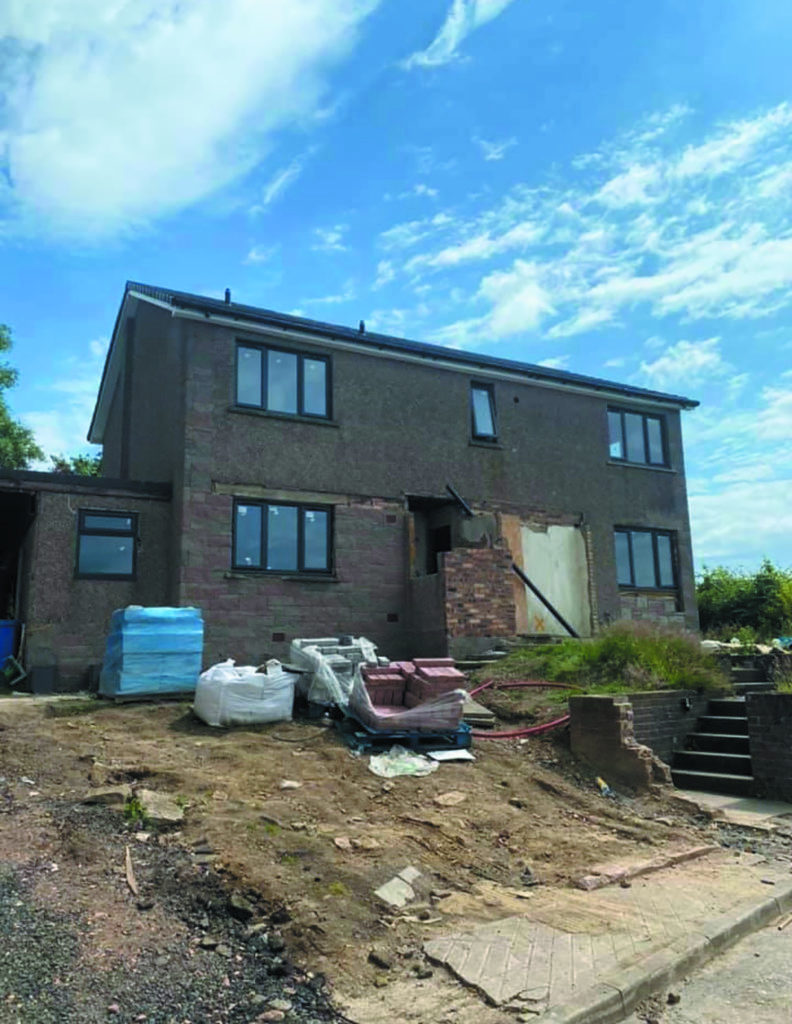 “We were lucky the windows blew out because that meant that the heat had gone out and up. I decided to swap the layout of the house round. I didn’t want Holly and Casey coming in and saying, ‘That’s where the fire was’. I wanted it to look different. I promised them I would rebuild and that we’d be back in by Christmas 2021. That promise was kept with a huge amount of help from the Lighthouse Construction Industry Charity and their supporters.

“The biggest challenge was the roof. I’d been let down three times by roofers who said they’d come but then didn’t. Lighthouse Charity partner, Carey Group, arranged for scaffolding to be erected which was fundamental to getting the roofing completed and something we simply wouldn’t have been able to afford. Gallagher Group, another staunch supporter of the charity, supplied all the plasterboard for the rebuild. The charity funded the cost of a new kitchen.

“I was visited by Mark Everett, a Lighthouse volunteer and former charity Trustee who supported me through the initial stages and later by Andy Stevens, a Lighthouse Charity Ambassador and tradesman himself who really understood the magnitude of the work that had been done. I want to say a massive thank you to the Lighthouse Club. My kids are my world, everything I do is for them. I just wouldn’t
have been able to have kept my promise to Holly and Casey without their help.”