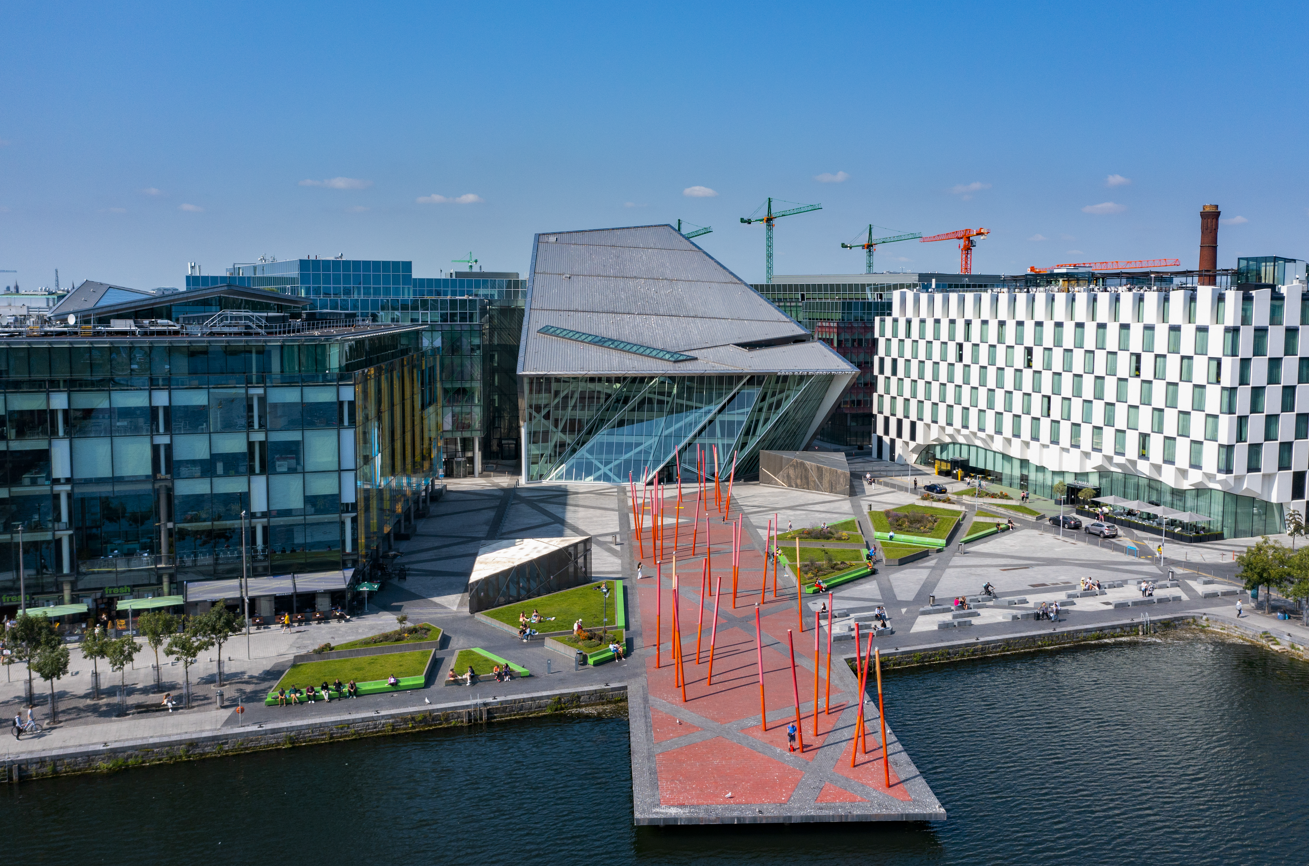 Dublin city’s crane count has surpassed Celtic Tiger levels but throws into stark relief low levels of construction in other urban centres, like Cork, Galway and Limerick. According to the official CIF Crane Count there are 120 cranes dotting the skyline across the capital city – just three below the previous record set in 2019. While this indicates a significant level of activity in Dublin, it sheds a concerning light on lower activity levels in other urban centres across Ireland.

“Most worrying is the lack of cranes as an indication of activity in our other urban centres,” says CIF Director Tom Parlon. “The Government’s Project Ireland 2040 envisages the population of Cork, Limerick, and Galway growing at twice the rate of Dublin. A high crane count is an indicator of activity levels across the city. The industry is busy, however, cost increases, wage demands, material shortages and a lack of infrastructure mean construction companies face a very challenging environment.

He adds: “With only 19 cranes visible by the Cork crane count, and seven in the Galway area, this shows exactly how challenging it will be to develop regional cities and towns, at this rate. Of the 3,644 apartments completed in 2019, only 180 were situated outside the Dublin/Mid-East regions. That level of apartment building in a modern economy with a growing population represents a market failure and could lead to significant economic and social upheaval in the coming decade.

“Too many unnecessary delays and inefficiencies exist in our planning, procurement, state utilities, and the local authority system; despite huge societal demand for housing, infrastructure, and climate change mitigation such as renovation. Successive Governments have committed significant funding to both housing and infrastructure. Yet, the message from construction companies is that this investment is not being translated into sufficient construction activity due to systemic inefficiencies.”

The CIF Crane Count will be carried out on a bi-monthly basis and counts the major cranes across major urban centres. National accounts show that the official measure of construction investment, Gross Domestic Fixed Capital Formation (GFCF) in Building and Construction was approximately €24billion (in constant prices) in 2020. Prior to the onset of Covid-19, the Government had projected that GFCF in the sector would increase to €41billion by 2023.

“We expect to see the crane count increase steadily over the next two quarters,” says CIF Director General Tom Parlon. “On the back of the launch of the Government’s Housing for All and the revised National Development Plan last month, we expect the herd of cranes in Dublin to grow due to strong commercial activity.

“We need to see more large cranes in Cork, Galway, Limerick, Waterford and Sligo in the coming months if we are to have any hope of achieving the balanced regional development envisaged in Project Ireland 2040. Cranes are not generally associated with housing, but we do need to see more cranes involved in apartment building in these urban centres,” he adds.

The next 10 years are set to be a ‘decade of delivery’ for construction, as we translate the ambitions in the Government’s housing, infrastructure, and climate change strategies to reality.

“It’s going to be extremely challenging, and we are actively recruiting talent globally to help us deliver transformative change over the next 20 years.”

5% – Forecast growth in non-residential investment in 2022