Room for expansion: The future of modular construction in Ireland 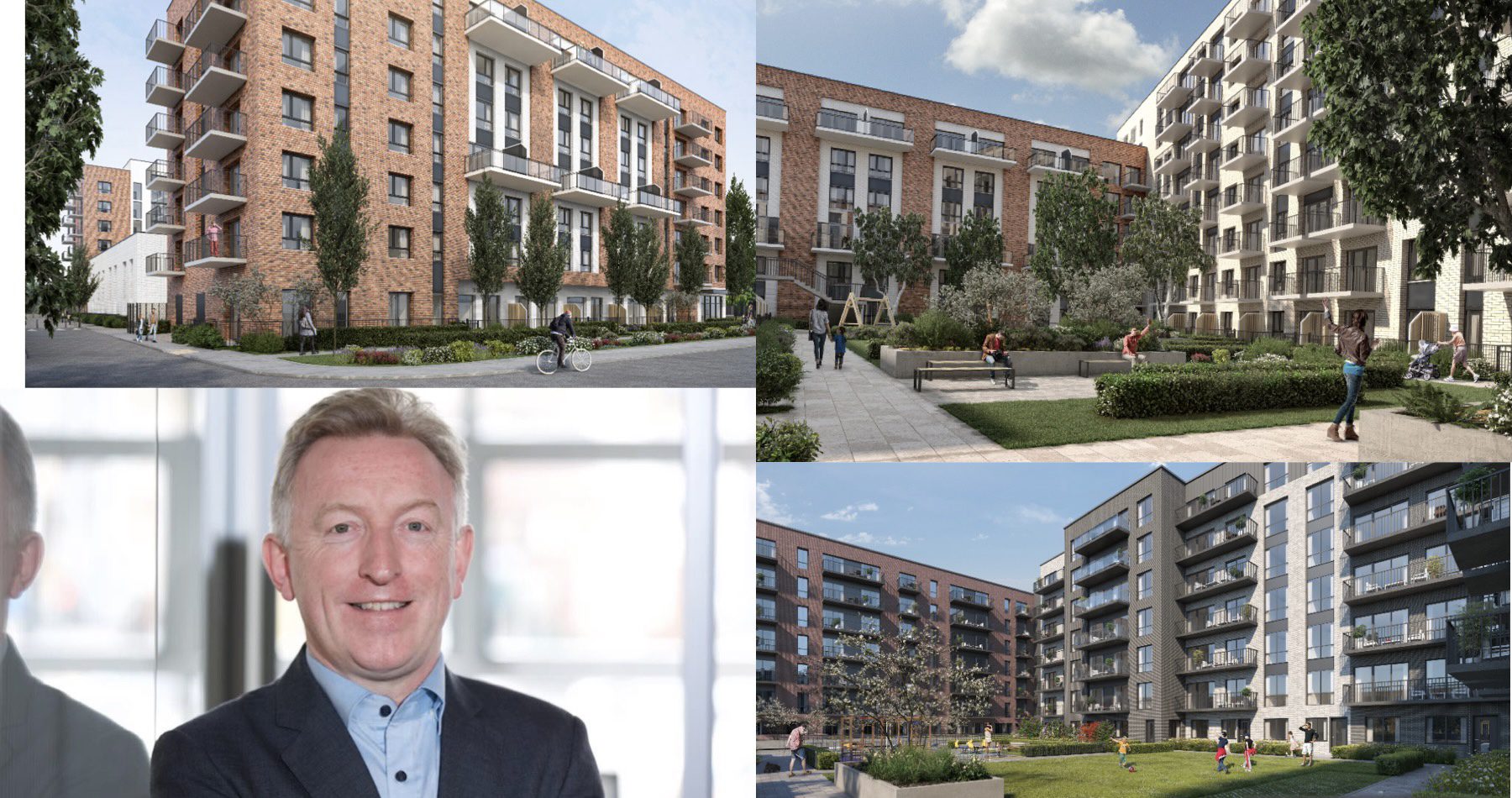 While modular construction has yet to really take off in Ireland, there’s a Cork man who is making global headlines and history by taking modular building to new heights.

When the George Street Towers in Croydon, London are completed they will be the world’s tallest modular buildings, and the company behind these world beaters is Tide Construction, a world leader in modular construction.

John Fleming, from Bulterstown near Bandon, is the director of Tide Construction.

But Fleming isn’t the only Irishman making headlines with modular building. Mac Skystone, led by Paul McKenna and Jack Dooley, are currently building a 30-storey hotel in midtown Manhattan.

When completed it will be the second tallest modular hotel in the world.

The supply chain for the construction process stretches as far as Poland where, much like making a jigsaw, parts of the modules are fabricated off-site before being shipped to New York and assembled.

Modular building makes sense. A lot of sense, in fact and in all likelihood we will be seeing a lot more of it in Ireland.

Companies like Modubuild, based in Dublin are working with a range of blue chip pharama, tech and agri companies such as Pfizer, Google and Kerry.

In the residential sector BAM bought a stake in modular homes specialist Modern Homes Ireland (MHI) in 2019, while in the same year Sisk bought the Galway-based Vision Built, set up in Oranmore in 2013.

Modular building is not new. It’s been around for decades and is increasingly used across the world.

One of the most famous examples of modular building in recent memory was the massive undertaking by Chinese construction firms which raced to build a hospital in 10 days in Wuhan, where the coronavirus was first detected.

Images and videos of the mammoth task were beamed around the world – modular building was at the core of the construction process. 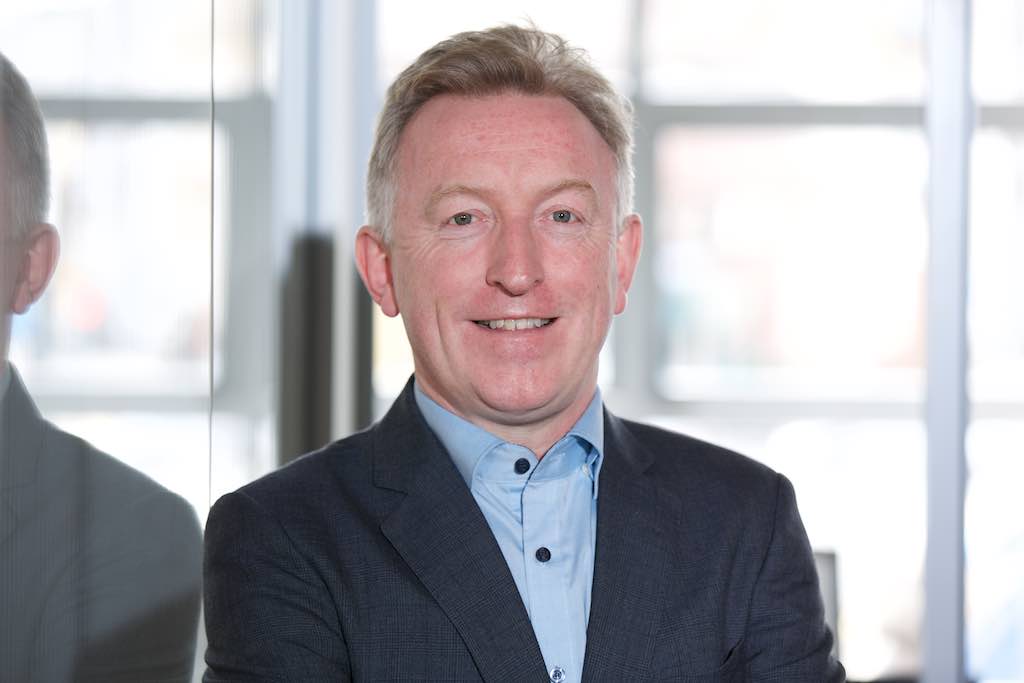 Arthur O’Brien, managing director of C+W O’Brien Architects, thinks that it’s only a matter of time before the construction industry in Ireland embraces modular building, especially the residential sector.

His firm is one of the leading exponents of modular design in Ireland and the UK.

“The problem with Ireland is that everybody’s waiting for the first person to do it. I firmly believe that the first person who does it, and does it successfully, will be a very busy company because everybody will realise the value of modular building.”

“I think there’s a bit of nervousness here,” O’Brien added, explaining that modular building does take a leap of faith as well as a technological shift.

But, as he outlined and has been well-documented, the benefits and value of modular building are manifold.

One factor stands out above all others – time.

“There’s almost no difference between the construction cost in modular and the cost in traditional construction.

“The real saving is the time. And time, when you are carrying large debt, can be huge.”

In Croydon, Tide Construction, the John Fleming-lead company, have allotted 24 months – an exceptionally fast timeframe – for the construction of their two high rise towers, which come in at 44 and 38 storeys respectively.

And as we all know time is of the essence here in Ireland when it comes to getting on top of the housing crisis.

O’Brien thinks a pivot to modular building could help speed up delivery.

Modular construction is especially suitable for buildings such as student accommodation, apartments, hotels, shared living developments, housing, and hospitals as the was highlighted by the Chinese construction firms in Wuhan.

Prior to the pandemic O’Brien and his colleagues at C+W O’Brien had travelled widely on a modular building fact-finding mission, taking in China, New York, Amsterdam “looking at different modular manufacturers.”

“That’s given us a great knowledge of the types of modular production out there.”

As O’Brien explained there’s very few modular manufacturers in Ireland, with most of what’s coming to Ireland being manufactured in Latvia and Poland, the Netherlands and the UK. So there is room for expansion in the Irish market.

Some of the other significant savings with modular building is cutting down on waste and “health and safety is fantastic.”

As O’Brien says, you’re constantly manufacturing on the ground, and inside a construction warehouse, as opposed to being up 20 or 30 storeys and exposed to all manner of weather conditions.

The modular approach also helps cut back on the amount of personnel on site, and it’s increasingly being used when it comes to constructing student accommodation or new hotel builds in busy city centers where access is difficult and limited owing to traffic regulations.

But as O’Brien cautioned modular building also has its limitations, especially when it comes to residential.

“Modular’s not going to work for 50 or 100 units,” he said. “The more you can scale up the more viable it becomes.

One area in Ireland, as outlined earlier, where modular is really taking off is in the pharma and tech industry, such as in the construction of data centers and labs.

“That’s a whole type of different module,” O’Brien said, when compared to a residential unit.

“That’s where modular becomes very, very efficient. There are very, very high standards of specification because they’re manufactured in a factory.”

“To be able to manufacture the components off site and bring it all together becomes incredibly efficient both in terms of cost and time and you can imagine the value a building (like a data centre or pharma lab) is turning over in any single year,” says O’Brien.

One thing’s for sure, the future of construction is looking a lot more modular.