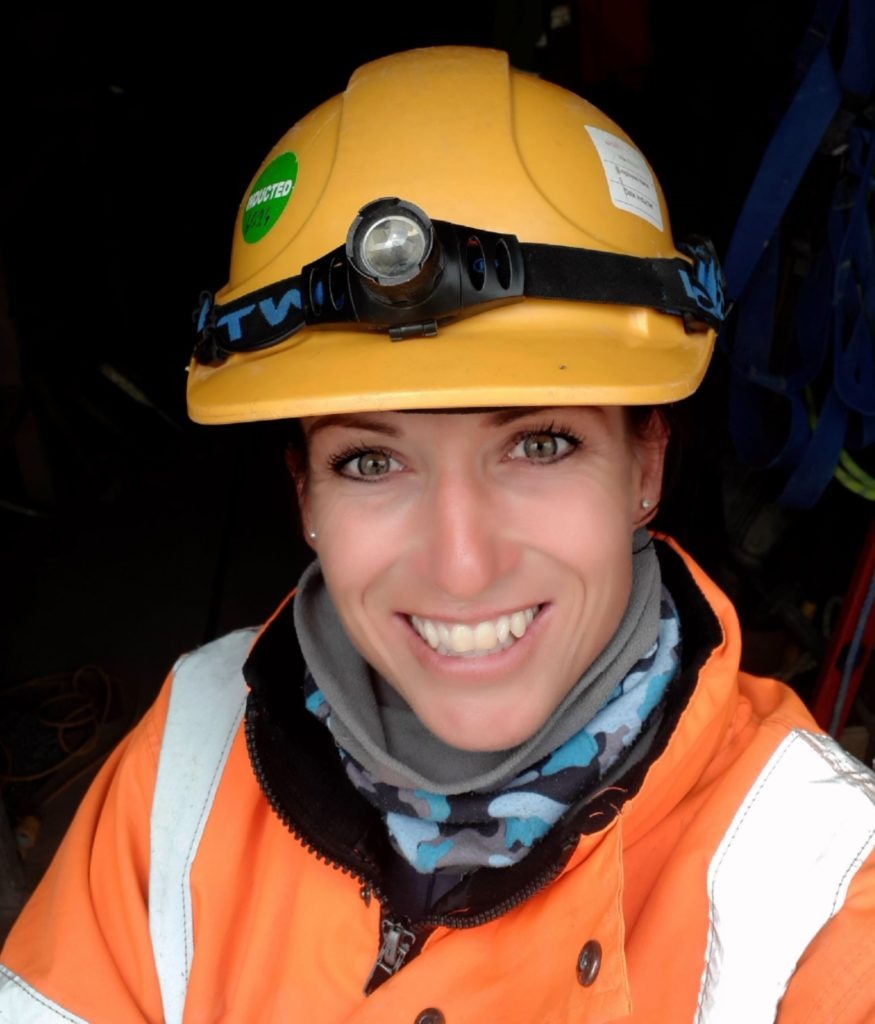 The job of a slinger signaller is one of the most important jobs on a building site. It requires skill, diligence and concentration, working alongside the lifting teams to provide safe direction and supervision to crane operators. AP, Crane Coordinator and Dowling Crane Services’ Lift Supervisor Februarie Crooke shares her story

The plant and machinery sector is often considered ‘unladylike’ and too difficult or heavy for women. I prove them wrong every day. I have worked for and with some absolutely fantastic contractors, companies and agencies in my 20 years, most recently with one of the best, Derek Dowling at Dowling Crane Services. Allen & Smyth, ASK Romein, BSS recruitment, Kavanagh Crane Hire, Kevin Keogh Crane Hire, Flynn Crane Hire, ICMS, Walls Construction, Crane Hire Ltd and PJ Hegarty & Sons Ltd are just some of the other female friendly contrctors I’ve worked with.

Bearing in mind the extremely heavy and physical job I undertake and being only 5’5’’, slightly built (and with immaculately manicured nails) the client/contractor tends to judge a book by its cover. But at that stage, I’m on site and it’s too late. Mick Maher of ICMS, a gentleman to work for, told me that he would never again judge a book by its cover. He ordered a banksman off BSS and when I arrived onsite, he remarked to another foreman that I wouldn’t last the week.

Eight months later, when the project was finished and I was off hired, he admitted this to me while laughing at himself and that he looked  forward to working with me again. Where it all started In 1999 my brother, who had been working as a site clerk for Heritage Properties, was leaving to start an apprenticeship in Shannon Aero Space. I was 20 and very disillusioned with the career I had chosen and had trained for as a chef. He told me to apply for his job and give construction a go. I met with the site foreman, Fran Whelan, who decided to give me a chance. And that’s when the bug caught. I was running around a building site, up on the back of trailers, checking deliveries, counting blocks and recording works on drawings for the QS and engineers, very happy, and the money was good.

I worked from 1999 until 2004 as a site clerk or site administrator for several different contractors, but was very ill at ease being confined to an office role. In 2004 while working for John Paul Construction, I asked for more onsite work and was let loose to deal with the likes of documenting and monitoring quality, quantity and labour allocations when I had my office work done.

I was always fascinated by the cranes onsite, particularly the mobile cranes but never had the inclination to drive them, just control them from the ground. After getting the go ahead from John Paul, I asked one of the banksmen, Pat McAuley, to train me up. For six months I stayed after work and started at ridiculous hours in the morning before work to gain my experience in banking the cranes. Finally, Pat decided I was experienced enough to go for my ticket. Februarie Crooke, pictured with her daughter, believes it’s important to have strong female role models in the construction industry to inspire the next generation

In July 2005, I went to FAS in Kill, laughed with the men who were laughing at me, and three days later, I passed the course and donned my orange hi-viz. People’s perceptions have got to change, the older generation have got to support the younger people and start instilling a sense of confidence that they, both male and female, can do and be whatever they want.

As a single mother, and one of the very few female operatives in construction, I want my daughter to see that life is good if you work hard enough for it while doing a job that you love, no matter what other people think.