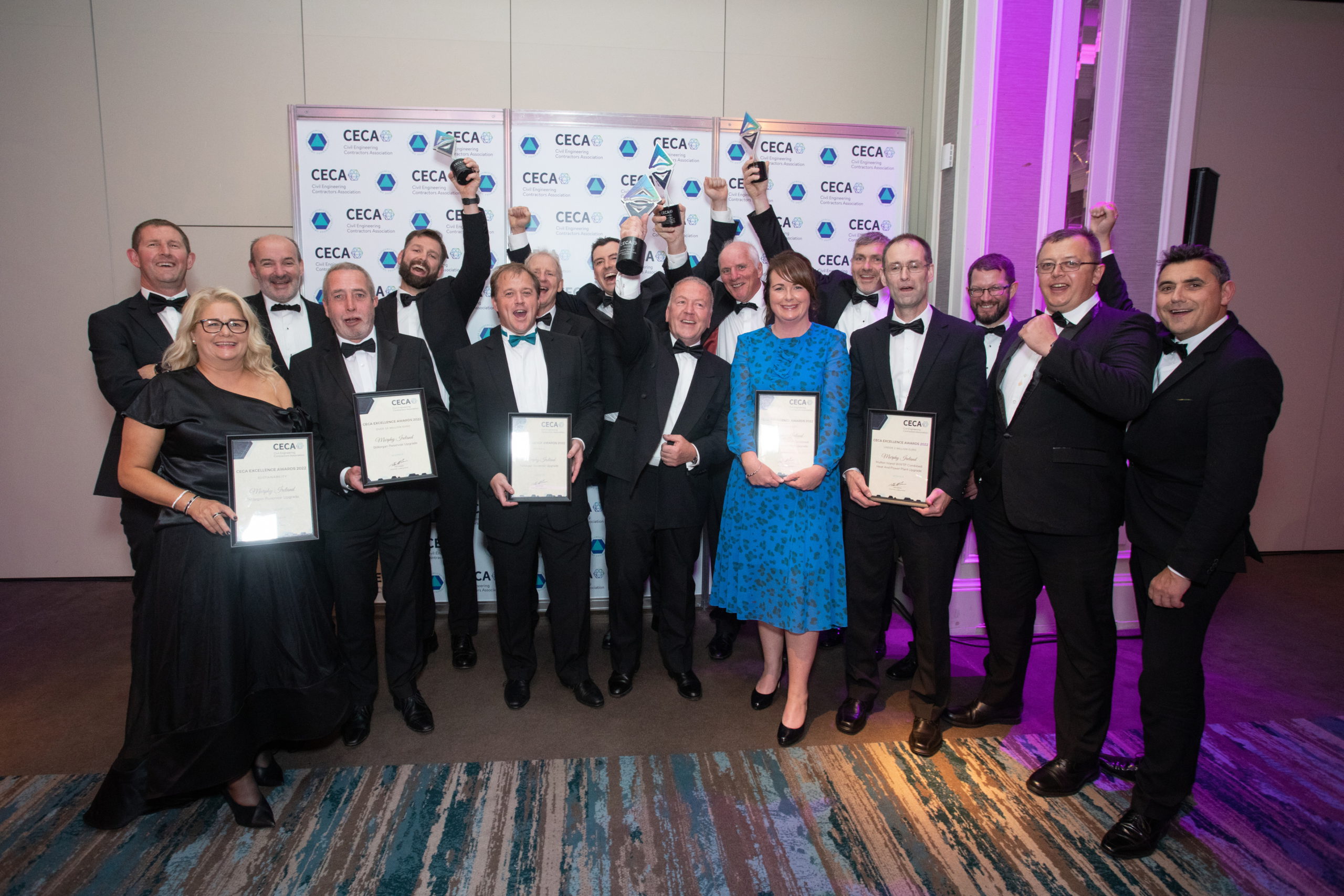 Pictured above is Murphy Ireland, overall winners, with their trophies Photo: 1IMAGE/Bryan Brophy

The Annual Dinner of the Civil Engineering Contractors Association took place recently featuring the third CECA Excellence Awards.
The event, held on September 23, was attended by over 250 members and guests of the Association, with after dinner entertainment provided by hurling legend Henry Shefflin.

Members of the Civil Engineering Contractors Association are drawn from all over Ireland and range from small business to companies generating hundreds of millions in turnover every year.

The infrastructure provided by the work carried out by CECA members is essential to Ireland’s development, with works typically undertaken including projects such as roads, bridges, motorways, airports, ports, water supply as well as treatment and flood prevention.

A total of seven accolades were presented on the night, with the overall award for 2022 going to the Stillorgan Reservoir Upgrade, submitted by Murphy Ireland. It was a double bubble for the impressive Murphy project, which also took home the Award for Over 10 Million. Best Health & Safety Initiative went to John Paul Construction for the Lidl Regional Distribution Centre, while Most Sustainable Practice/Project made it a hat trick for Murphy Ireland with its Mutton Island WWTP Combined Heat And Power Plant Upgrade, which also won the best Under 2 Million category.