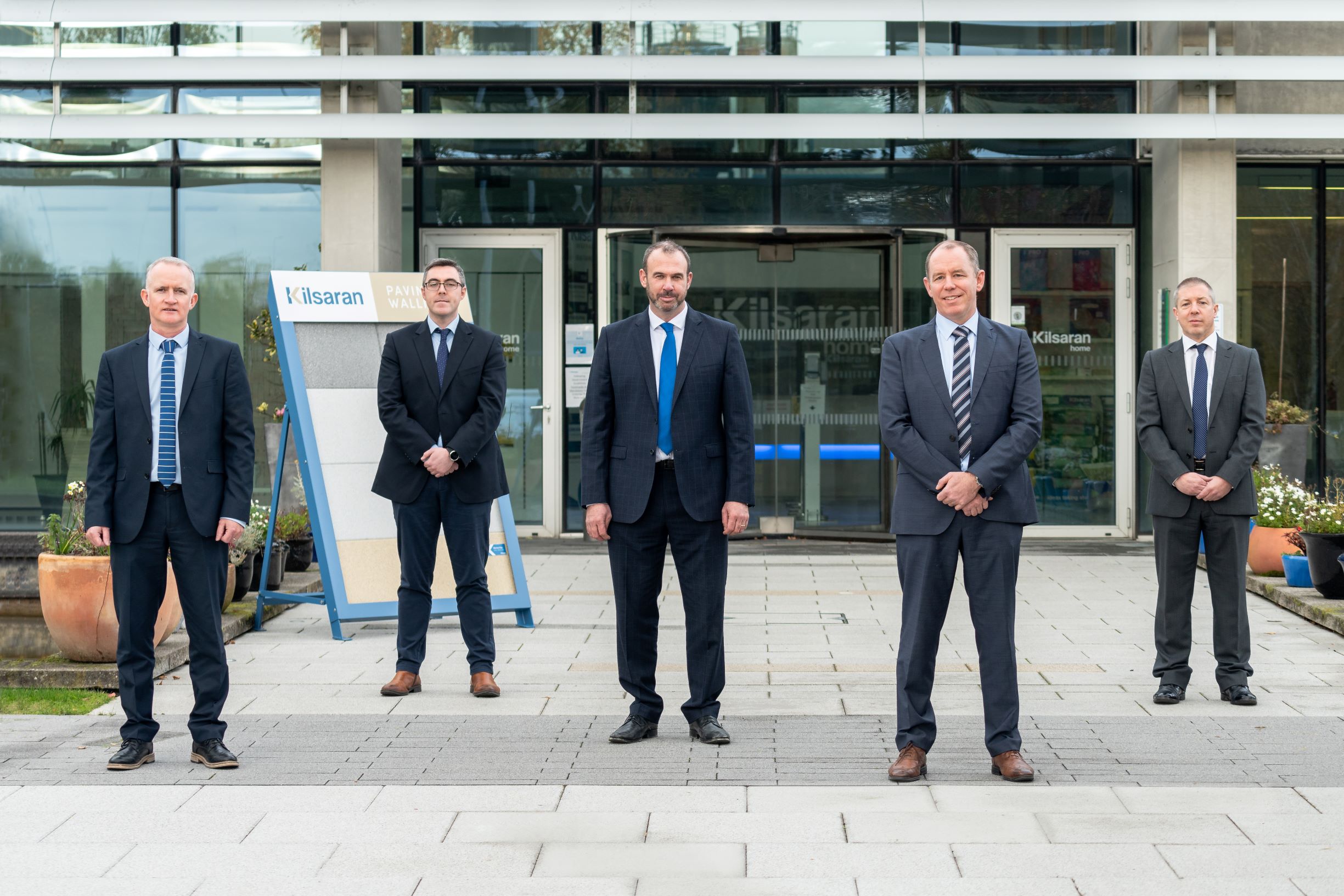 The Co. Meath-based company has announced five new appointments to its senior team.

Co-CEOs David and Derry McKeown congratulated Seán Keohane on his appointment to the board and James Christian on his new role in the business.

They also welcomed Alan Donohoe, Graham Cumberland and James Murphy to the firm. “We wish them the best of luck in their respective roles,” they said.

Seán Keohane has been appointed to the company board of directors and the role of managing director of roadsurfacing and contracting division.

Keohane, who holds a Bachelor of Engineering in Civil and Environmental Engineering and a Masters in Business Practice from the Irish Management Institute, joined the company in 2005 as contracts manager for Leinster.

He was then appointed to the role of contracts director in 2008, which he held for 11 years before being appointed MD of Kilsaran roadsurfacing and contracting in 2019.

James Murphy has been appointed business development manager of the company’s new precast division having joined Kilsaran in 2019.

Murphy is a former country manager for Airdeck, a precast concrete flooring company. In 2002 he set up and ran his own business, specialising in production and development of precast concrete stairs.

This business was later bought out by CRH in 2006, becoming Ergon which James continued to manage for eight years.

James Christian has been appointed head of sales for the concrete products and aggregates division. He joined Kilsaran in 2007.

“He has been an invaluable member of our sales team over the years, has shown great dedication to his work and has always shown initiative in the performance of duties, going above and beyond what is expected of him, in order to ensure that Kilsaran delivers quality customer service,” the company said.

Christian was responsible for the development of new opportunities for Kilsaran in the UK leading to the establishment of Kilsaran UK Ltd. He is a former regional sales manager for east Leinster.

Alan Donohoe has been made head of sales for the paving & walling division (UK and Ireland).

He joined Kilsaran in 2019 from Tegral Ltd where he spent 15 years, initially as a technical sales representative and more recently as sales manager where he was responsible for managing a team of eight area sales managers.

His primary products were slates and cedral slidings. Prior to joining Tegral Ltd, Donohoe spent a number of years with Tucks Fasteners as a merchant sales representative.

Graham Cumberland has been appointed as head of sales for the KPRO facades and mortars division having joined Kilsaran last year.

There he was responsible for the growth of Kilwaughter’s three brands – K Rend, Kilwaughter Lime and K Systems – as well as the development, implementation and delivery of its sales and marketing strategies.

In 2018, he led on the integration of an acquisition of a significant GB render manufacturer with a multisite operation and annual turnover in excess of £11million.