Historian Ultan Cowley: Looking at past lessons could help entice skilled workers back to Ireland 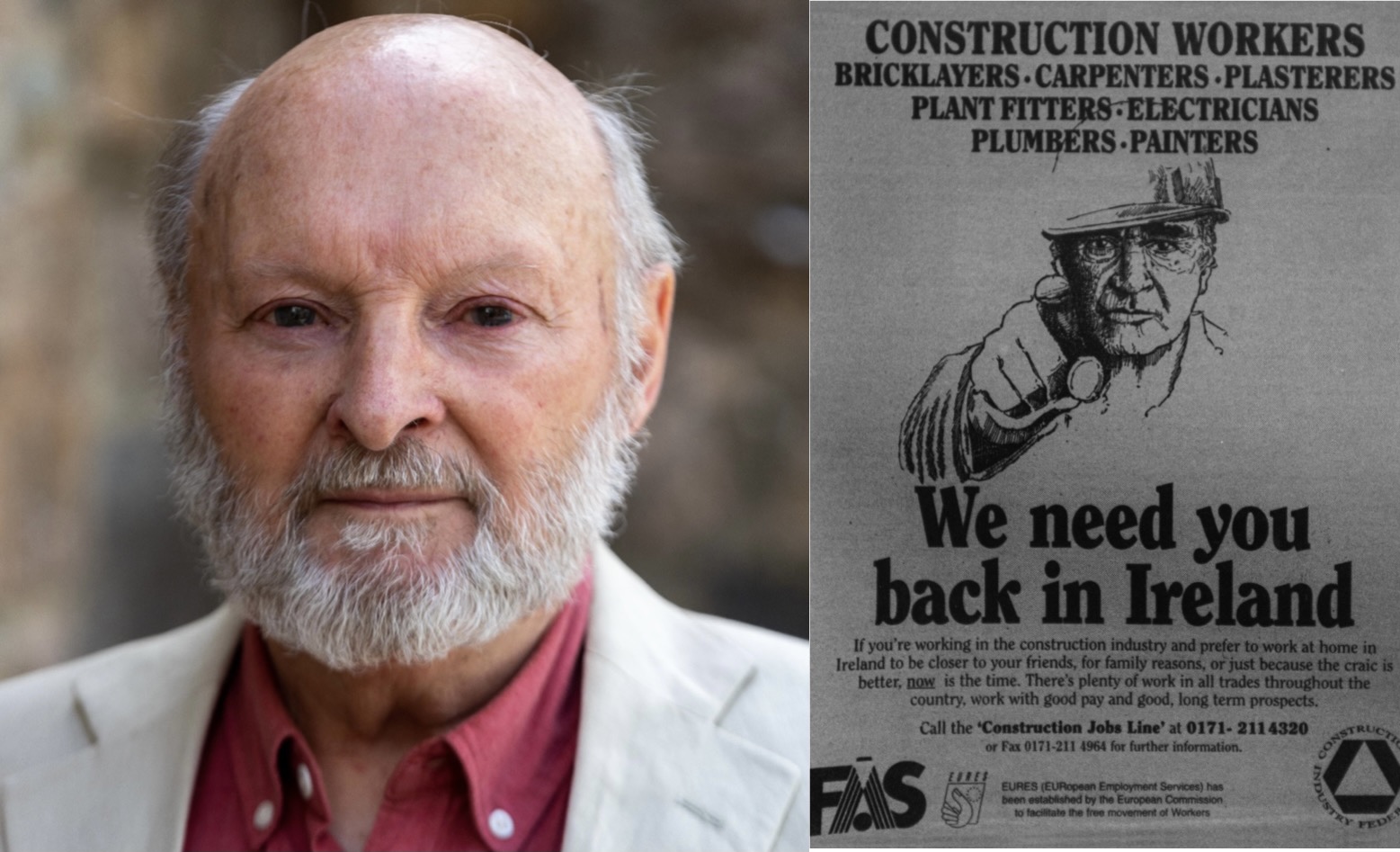 The long relationship between the construction industries of Ireland and Britain is best described as symbiotic. For example, the Irish labourers employed on the Newry Canal (1742) – the first link in Britain’s Inland Navigation System – were technically the first navvies.

But because it took a year to turn a farm labourer into a navvy, at least 80 per cent of Britain’s railway navvies were actually English. From the mid-18th century onwards, 100,000 Irish agricultural labourers were travelling to Britain every year to harvest crops for farmers starved of local labour by the industrial revolution.

These seasonal workers, or spailpins, usually returned at the end of the harvesting cycle but many remained as labourers on public works – roads and railways, water and sewage as well as general ground works.

Beginning in the 1890s, as Britain’s better educated workforce gradually moved into more technical occupations, Ireland’s transient migrants increasingly filled this vacuum. Their valuable qualities of toughness, tenacity and common sense were, however, noted by up-and-coming contractors, such as William McAlpine who employed them on railway contracts and elsewhere.

By 1960 the Irish-born in British construction numbered 200,000 men. In a workforce then of around four million this number, spread across the entire industry, it would not have been significant. But the Irish were strategically concentrated in groundworks where their staying power soon made them indispensable.

Due to long hours and harsh conditions construction paid well. On the Victoria Line (1962-1969), a good miner could earn £100 a week, when the average tradesman’s wage was just £11. But big money was paid only because good men were hard to come by.

As Dudley Barrett, labour officer for Costain on the building of the M1 motorway, put it: ‘We wouldn’t employ local labour. They couldn’t stand the pace. We wanted the Irishman, he would work through. He understood the game we were in.’

Acknowledging this truism, the late Sir William McAlpine informed me that: ‘Since the 18th century the Irish have played a major part in the expansion of British industry and of the country’s canal, road, and rail networks. The contribution of the Irish to the success of this industry has been immeasurable’.

Interviewing the late great John Cox, then chairman of Tarmac (later Carillion), he said: ‘As well as labourers, all my senior chaps in the field were Irish – works managers and general foremen, and they were very good. I have worked all my life with Irishmen and I can think of several who, had they had an education, could have been behind this desk instead of me.’

It was precisely this lack of education which impelled so many into the construction industry because, if a man was fit and strong and hungry enough, it uniquely guaranteed the start. Around 82 per cent of Irish emigrants in 1960 had, through no fault of their own, left school by the age of 14.

But any man who had a trade, family backup, and the initiative to look up from the trench to recognise that money was being made and ask himself how, would have the edge. The rise of the pioneers – MJ Gleeson, Kennedy, Fitzpatrick, Murphy, Carey, Clancy, McNicholas and others all testify to that.

The introduction of free second-level education in 1967 in Ireland was a game-changer. It marked the beginning of a crucial process whereby, throughout the remainder of the century, a steady stream of skilled tradesmen and professionals found employment in the burgeoning construction industry across both jurisdictions.

The growth of Irish-owned companies in Britain has created opportunities for a multiplicity of new Irish and Irish[1]descent contractors, operating at every level, ensuring that the Irish continue to demonstrate their professionalism and their indispensability into the 21st century.

Also a number of major Irish-owned companies now operate across both jurisdictions and the Common Travel Area continues to facilitate the smooth interchange of skilled personnel between them. The longevity of the CTA, notwithstanding Irish Independence, the Economic War, World War Two and Brexit, testifies to Britain’s on-going recognition of Irish labour’s indispensability.

What the future holds for the industry, post[1]pandemic, is anyone’s guess and I am less qualified than most to speculate. Across Ireland, certainly, significant risks are seen on the horizon relating to supply chain issues such as lead times and increase in costs for imported products.

There is also a concern relating to the ongoing demand in the RMI sector after government supports and grants end. CIF Director General Tom Parlon is on record as saying, ‘The pandemic has left a deep scare that our members will take at least 12 months before they fully recover’.

Funding is obviously needed to offset the cost and burden of implementing Covid-19 safety measures. House building needs to accelerate in order to support the industry, address the housing crisis, and fast-forward the national infrastructural plan in order to get more major projects on site sooner.

Ireland, it has been pointed out, was the only EU country to completely shut down its industry whereas, in Britain, countless Irish contractors and subcontractors benefited from infrastructural projects being least affected as it was considerably easier to enact site operating procedures and other safety measures on large sites.

Many Irish contractors and subcontractors have operated successfully over the past 16 months in the UK. Skilled Irish construction workers have once again left Ireland, of necessity, to seek certainty and continuity of work – it may be hard to entice many of them back.

We’ve been here before, as evidenced by the 1997 recruitment poster opposite, and I doubt it’s been forgotten that the good long-term prospects so readily promised lasted little longer than the crash of 2008. Many thousands of Irish lives have been expended in the service of this industry. It saddens me that so much of their legacy remains outside of Ireland and unrecognised within it.

It would be unfair to contend that the Irish ‘built Britain’; it would be legitimate to wonder, however, whether without them it could ever have been done so well. I would quote the epitaph of Sir Christopher Wren: ‘If ye seek a monument, look around!’

Ultan Cowley is a publisher, historian, publisher and author of The Men Who Built Britain: A History of the Irish Navvy – a book that records the experiences of Irish labourers, tradesmen, middle management and their families in Britain’s construction industry. An audio collection of these interviews has also been collated in Voices of the Men Who Built Britain: The Crack Was Good in Cricklewood