Heart and homes: Glenveagh CEO and co-founder Stephen Garvey on why you should never waste a crisis 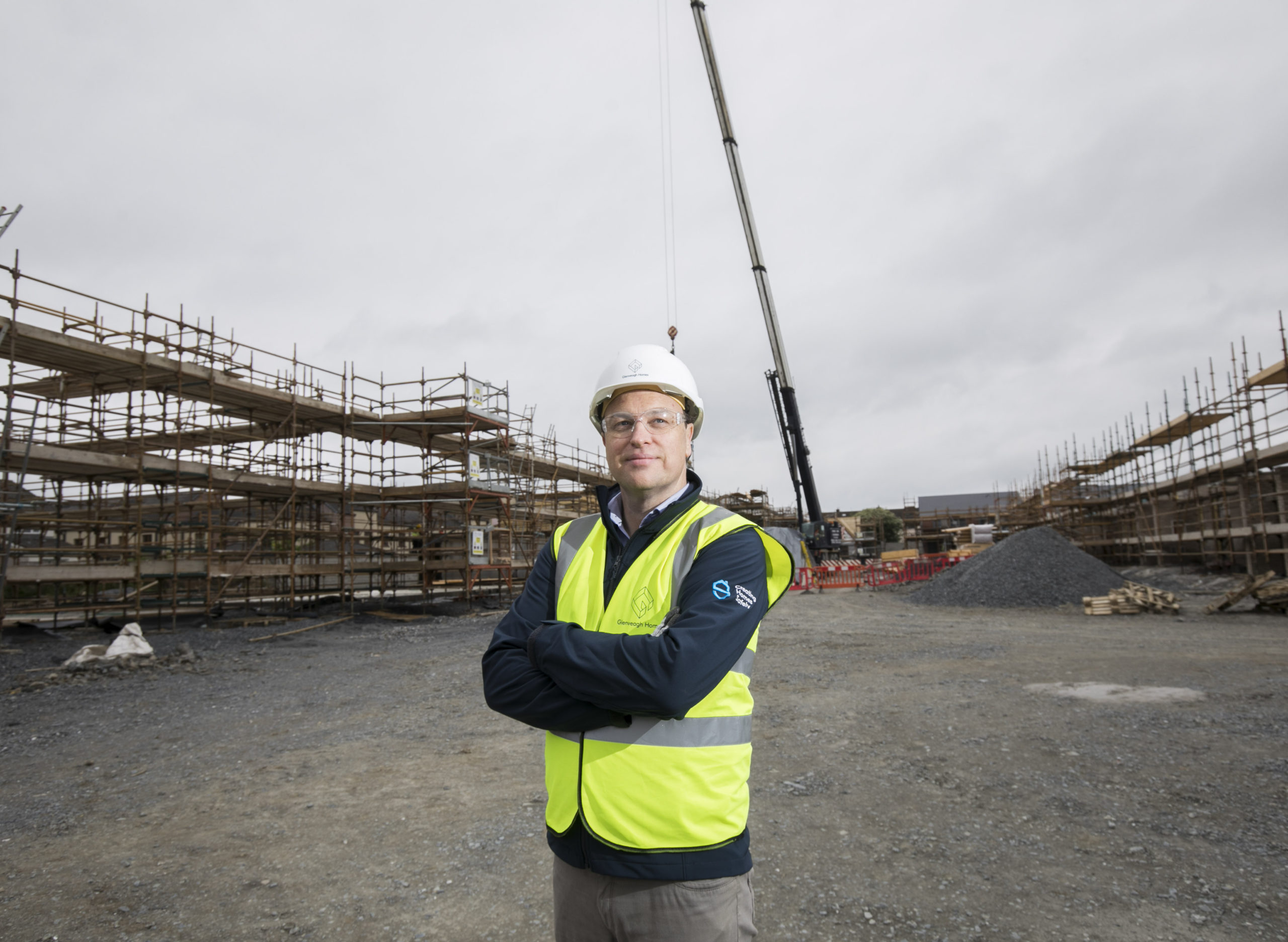 If the only exit from Ireland’s housing crisis is building our way out of it, then Stephen Garvey, Chief Executive of home builder Glenveagh, looks very close to the driving seat. “Yeah, it’s been a very interesting 18 months,” he says.

The pandemic, he adds, has reinforced “how valuable a home is”, with many of us now working from home and students attending school by Zoom. But valuable as our homes are, Ireland is still not quite at the point of building as many of them as it should – something he attributes in part to inefficiencies in the planning process.

“If we were at 35,000 houses a year by 2024, that would be a phenomenal achievement,” Garvey says. That, incidentally, is the number of houses the Central Bank says Ireland needs to build annually for a decade to right ongoing imbalances in the country’s residential property market.

“I think it’ll be very ambitious for the industry to put up another 50 per cent in 12 months. I would rather see the trajectory right in getting to 35,000 so it is sustainable,” he says. Better that, say, than have unfinished houses from 2021 trickle into 2022, producing a swan song of 35,000 completions that lasts for a year alone. 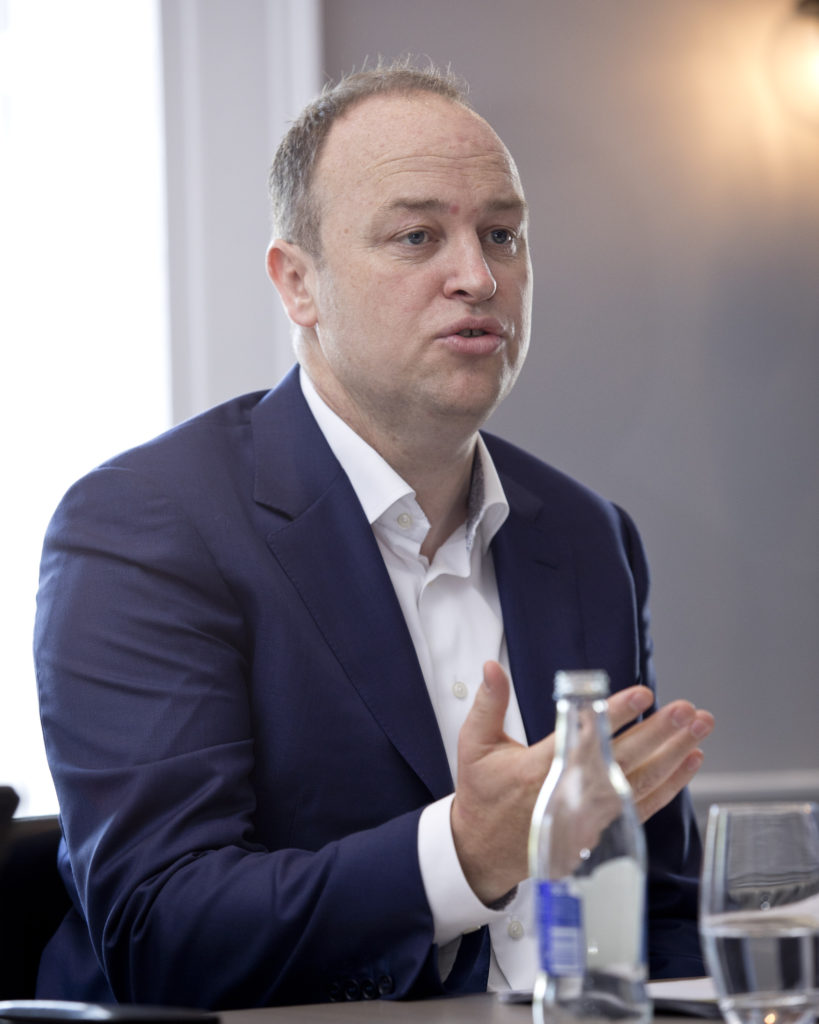 And with houses in such demand, these are busy times for Garvey’s company. It recently completed building 322 homes in the first half of 2021. This is 162 per cent more than the first half of last year, despite those six months including 13 weeks of lockdown.
For Garvey, this affirms “the demand is out there for our affordable product, our core product that is about €300,000”. Garvey’s company has steered back to profitability also, with profits of €2.6million replacing losses of €27.3million a year before. This “obviously is a key milestone”, he notes.

Its revenues jumped 245 per cent, all the way from €37million to €127.5million. View from the driver’s seat Only 40, Garvey has been in the top job at Glenveagh for two years now, since August 2019. But he hardly comes as new to the Irish housebuilding sector, with over 20 years’ experience in the construction and property industry.

Under his guidance, Glenveagh has scaled its operations to deliver more than 2,000 homes in Ireland since an IPO in 2017 and the business is on track to reach a target of 3,000 homes per year by 2024. Prior to Glenveagh, Garvey founded Bridgedale, which built residential developments in the greater Dublin area from 2003 and managed Oaktree’s residential projects in Ireland.

He has also worked with many of the large Irish property developers, including Menolly Homes, Schelester Properties, Glenman Corporation and McCabe Builders. “As a business, you should never waste a good crisis,” the experience has taught him. The pandemic gave his company a chance to evaluate “what we were doing well, and what we weren’t”.

One change as a result has been putting one team in charge of all infrastructure and preconstruction work – roads, utilities, bases for houses and apartments. And a second team can follow on with the build, he adds.

Fundamental reform of the planning system

“I think, more fundamentally, the government needs to reform the planning system,” he says. “Let’s say we get planning permission for a site,” he explains. “What normally happens is we then submit our naming details for the site, which can take another six months.” Instead, he adds, “when we submit the application, we should submit our naming details for the site then. Eliminate that, and it could take three to six months out of the system”.

“It’s the tiny little things that can make the biggest of differences,” Garvey says. And with small changes, “the day we get permission, we can submit utility connections, get Irish Water, get internet companies on board, all that can be expedited,’ he adds. For all that, he has warm words of praise for the Government’s new housing plan, Housing For All.

Minister Darragh O’Brien has called the plan the “largest State building programme in our history”, promising 312,750 new homes between 2022 and the end of 2030. Of these, 90,000 will be social housing, let by local authorities or housing bodies, and 53,800 will be in the affordable and costrental categories.

A proposed Affordable Purchase Shared Equity Scheme will permit the State take up to a 20 per cent equity stake in the home of first-time buyers unable to afford the full price of a new build-up. This equity stake is free for five years, followed by a cheap interest rate thereafter.

The Central Bank’s macro prudential rules, on the other hand, Garvey argues “are quite prohibitive to owning a home”. The average age of his house buyers, is 35 to 36, compared with 28 to 29 years old a decade ago.

A couple each earning €35,000 will find it “virtually impossible to buy a home or apartment for that money”. 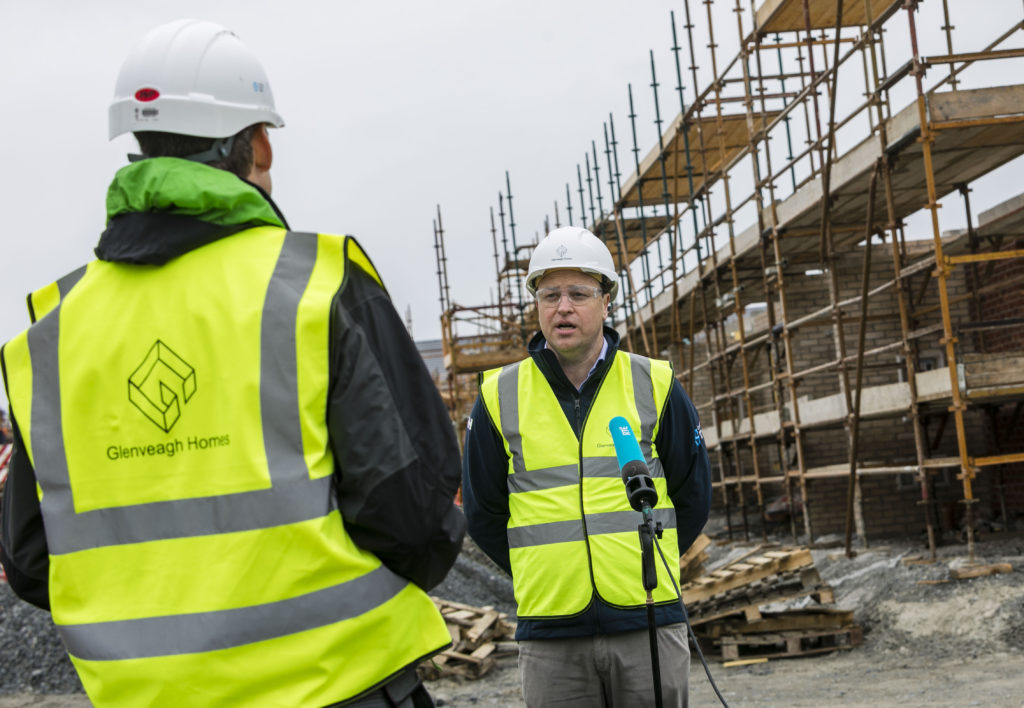 A home builder with a heart

Under Stephen Garvey, Glenveagh has also been busily involved in community causes. In May, the company became a three-year sponsor of Gaelic4Girls, encouraging women in Gaelic football.

The next month, Glenveagh donated €2,500 to the Dublin LGTBQ Pride Fund, to ensure community groups can continue to deliver services in spite of coronavirus challenges. Meanwhile, about Brexit, he says “the good thing is it went on for so long, we had so much time to plan for it”.

Admittedly, probably so long “you’d have to throw your plan in the bin and go back to the drawing board”. Now, though, “all our direct shipping lines are from Continental Europe. All our products will be sourced with a minimal UK landbridge,” he says.

Garvey sees “lots of people moving out of the UK, and the first thing they say is, ‘I’d love to come and work in Ireland. There’s really good pay, but if I can’t find accommodation, I’m really struggling.’ “We’ve got to address that,” he concludes.