Hank Fogarty, RIP: A true force of nature who leaves a remarkable legacy of achievement 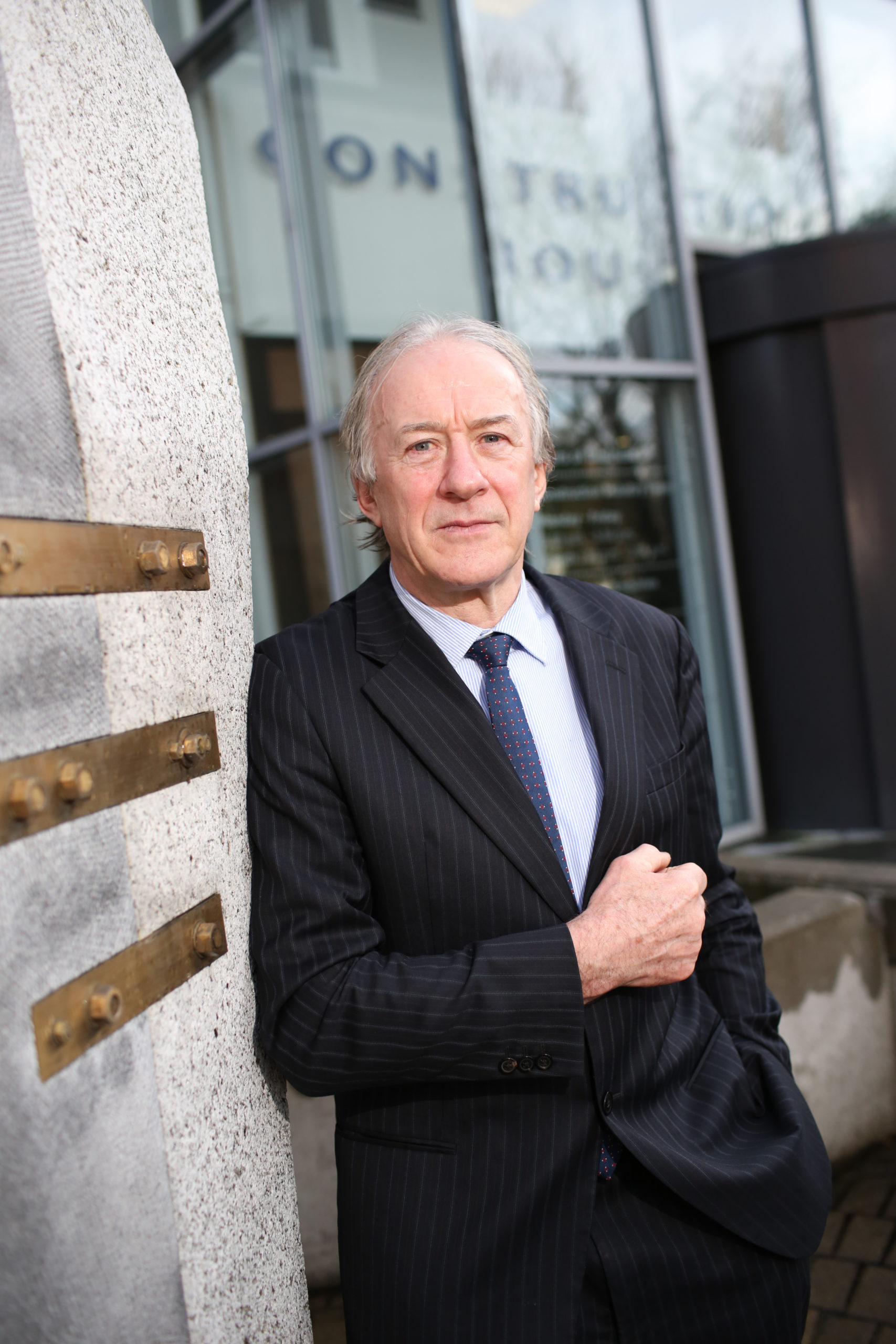 The Irish construction sector lost a major figure recently following the death of former CIF President Hank Fogarty. Hank’s construction career began when he joined the Civils Division of SIAC in 1969 having spent a short time in the civil service. His first job as an engineer was on the Newtownpark Avenue reconstruction project.

He married his beloved Patricia (Pat) in Rome in 1973 and through the 70s and 80s his career in SIAC thrived, going on to be involved in some of the largest motorway projects in Ireland and the UK throughout his 38 year tenure with SIAC. Hank, of Blackrock, Co. Dublin, was instrumental in the reconstruction of the streets of Temple Bar in the early 80s and excelled in his passion to deliver flagship projects such as the Shankill By Pass, Boyne Bridge, Spire of Dublin, Kilcock Kinnegad PPP motorway and the M50 Upgrade Scheme Red Cow to M4, amongst others.

He went on also to develop steel and commercial development businesses both in Ireland and the UK. Viewed by his colleagues and peers within SIAC as a true gentleman, mentor and friend, he will be sadly missed. Hank had a passion to succeed on all fronts and instilled this passion to all of his colleagues during his years with SIAC.  He was forever energetic, enthusiastic and loved life, living it to the full.

Away from SIAC, Hank served as President of the CECA from 2003 to 2005 and was also the first Chair of the CIF’s Fair Contracts Committee. He was highly involved in the consultations around the new form of PWC and a strong advocate for the industry against their introduction. He also played a major role in the establishment of the Panel of Adjudicators under the CCA and was very supportive in helping the CIF manage its own dispute resolution panel.

He was fundamental to the delivery of Trinity’s Construction Law and Contract Administration Course lead by Dr. Nael Bunni. He also acted as CIF President from 2007 to 2008. In more recent times, he was heavily involved in the establishment of CIRI – the voluntary Construction Industry Register Ireland.

Hank became the very first Chairman of the CIRI Admissions & Registration Board, which ensures the highest standards of CIRI are maintained and oversees appropriate standard of ethics, competence, skills and knowledge in the construction industry. Hank was Chairman from 2014 to 2018. During his four-year tenure, he brought his excellent knowledge and professionalism of the industry to all involved.

Paying tribute, SIAC Group CEO Martin Maher said: “I have very good memories of Hank. The day I first meet him in Dublin, our trips to Portugal, Spain and across Ireland, the good advice I got from him, even on our business fights.

“I have learnt a lot from Hank, to a point that I refer to him often as one of the persons that have influenced me more in my professional life. He was a true force of nature.”

His comments were echoed by CIF Director General, Tom Parlon who said: “Hank was a massive figure in the industry and leaves behind a remarkable legacy of achievement. He left his mark on a wide range of important infrastructure projects across Ireland and the UK, while also contributing to the wider industry through his involvement in the CIF, the CECA and CIRI. He will be sadly missed. The thoughts of everyone in the CIF go to his family and friends. May he rest in peace.”