Factory floor to flourishing future: Why it’s time to get on with modular construction across the industry 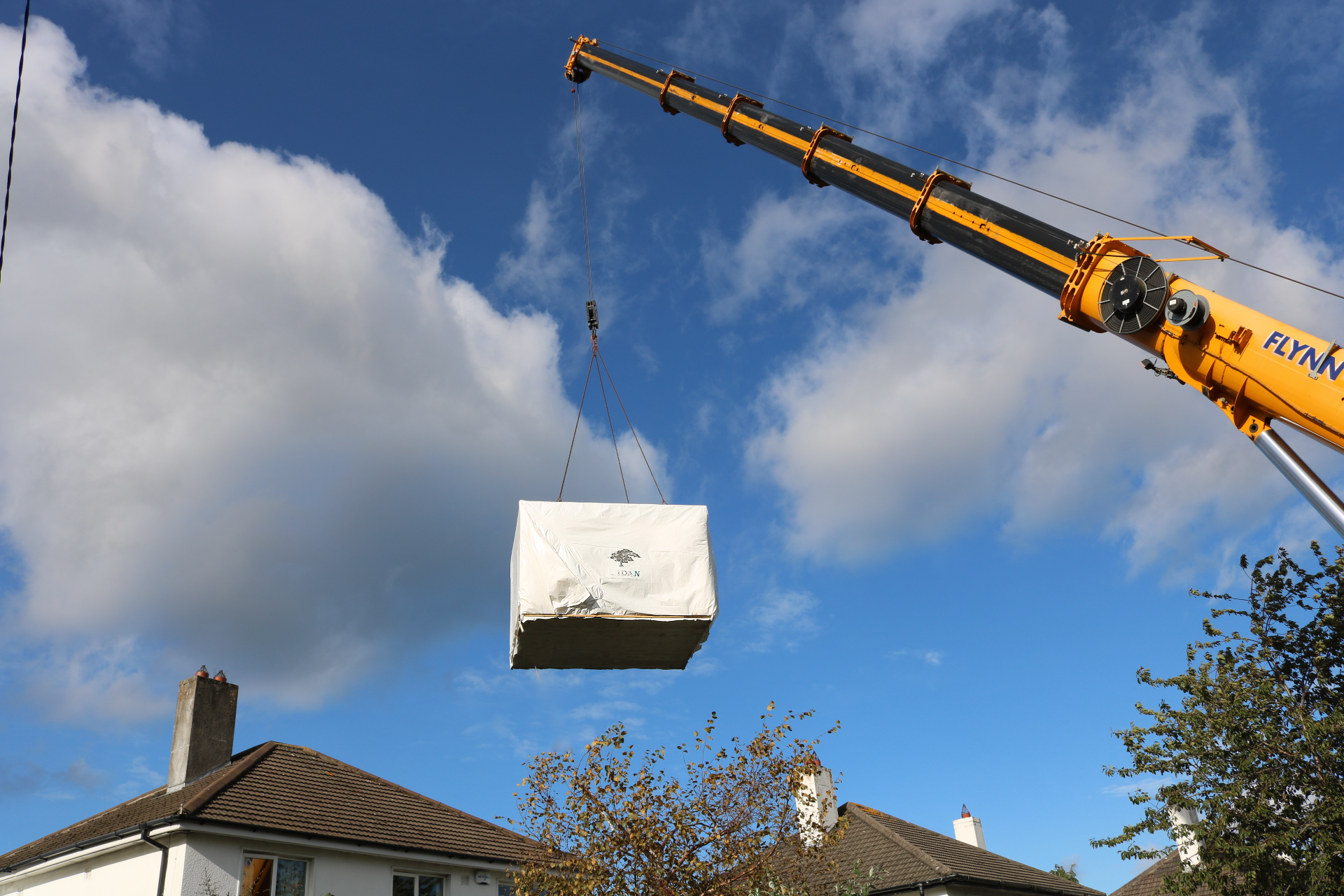 “The big thing with modular is that it’s faster,” says Dan O’Brien, co-founder and Managing Director of Lidan Designs. “It’s moving construction from traditional to manufacturing, almost like moving in to a different industry.” The factory floor production of modular assets provides clear benefits to complement on-site construction.

There are however, misconceptions about the cost saving abilities of modular construction. “In terms of the materials all housing must meet the same regulations no matter how it is built,” O’Brien says. “In the main all housing must be built with the same materials.” The savings in terms of cost for modular construction instead come from the time it takes to manufacture.

O’Brien describes how there should be no major savings in terms of materials. “Your materials are from the same suppliers and you don’t manufacture your own but it is faster, way faster,” he adds. There are a number of reasons this might be the case.

One advantage for modular construction is the controlled environment of the factory floor with all the skilled workers in-situ all the time. “There are no delays and it works to very precise times,” he adds. Furthermore, factory floor production is immune to the effects of Irish weather, also it offers opportunities to build alongside the timeline of on-site construction – “You don’t have to wait for one process to finish before you can start the next.”

On top of these, modular production methods offer an attractive potential for more sustainable projects. “There are big benefits in the form of the environment,” O’Brien says. “Not only in reducing carbon emissions from trucks on the road and long commutes for workers but we can also regularly source materials more locally.”

The added benefit to the reduced need for long commutes is less congestion on the roads and for neighbourhoods there is less construction traffic moving through. “Sustainability is important for us and it is increasingly important for the public, especially in the context of the conversations around embodied carbon in the construction industry,” he adds.

In comparing modular construction methods with traditional construction “some of the unknowns are removed from the equation” most notably the unforeseen impacts to onsite builds like the weather.

Equally the timeline of modular builds offers the benefit of factoring the cost of materials into pricing structures. “If you are able to deliver a house within a couple of weeks your price should hold, whereas if it is delivered over a year, you are at the mercy of what is happening now in the supply chain.”

The impact this can have on social housing, for example, is “on the client’s side internally if we deliver faster then there is less time spent, in the form of wage hours, consultants and so on.” Modular construction also offers an attractive process for public procurement as long as the demand is sufficient to bolster the industry. The benefits of modular construction extend in to the future.

O’Brien says: “Modular lends itself very well to the increased digitisation of machine led factory production in the construction industry.” The biggest challenge is the uptake of modular building by the public sector for social housing projects, compared with our nearest neighbour, the United Kingdom. “I’d like to see 100 per cent acceleration in the rollout of framework agreements,” says O’Brien. “Let’s get on with it.”

The difficulty is, with a lack of demand from the Government in the provision of social housing, it will be much more difficult for modular businesses to scale up production. 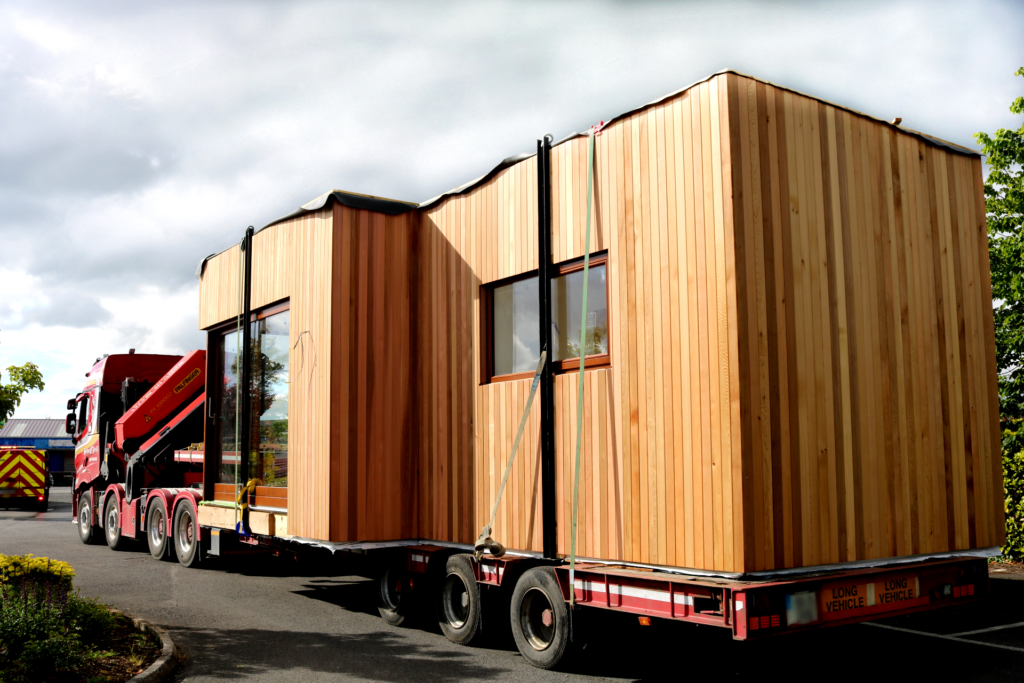 The difficulties facing a modular business stem from the same benefits they deliver to the community – the cost of running a factory and workforce remain constant so without consistent demand the business will operate at a loss. O’Brien is confident that framework agreements once implemented “however small they may start off with, the public will realise this is a delivery mechanism that works then it will grow by itself.”

However, it requires the certainty of investment and projects in order to flourish as an industry. Without that demand, “it’s like sitting in Tahiti with the latest smartphone but no network coverage – it does no good unless you get this rolled out,” O’Brien adds. Finally, another strength of the factory setting is the permanence of workplace, which could go some ways in attracting new entrants to the construction workforce.

Being permanently located, factory floors producing modular units based in the vicinity of rural
communities, which in turn would be transported to the urban centres across the country, would represent a huge boost to local communities and provide certainty for prospective entrants to the construction industry workforce.

“There are huge advantages in terms of reinvigorating communities,” O’Brien says. “We can finally have a way where all the workers don’t all have to be in the urban areas where the buildings will be located. “We set this company up to create jobs,” he adds. “There’s no Google or Apple coming to Roscommon so we want to be part of reinvigorating the community here.”

Indeed, the 2020 Programme for Government explicitly states to ‘ensure that the Land Development Agency uses modern methods of construction – including offsite construction – to deliver high-quality, sustainable homes quickly and at scale.

Local supply chains and labour should be used to increase community gain’. There is huge opportunity for modular construction to contribute to the industry and according to Dan O’Brien, fears that it could overhaul the construction industry are “nonsense”.

“What it will do, is make the difference in delivering the over 30,000 new homes target government has left to the industry to deliver as opposed to the current levels of completed homes we see today,” he says.