Apprentice viewpoint: How the SOLAS apprenticeship job portal is offering a solution to the generational skills gap 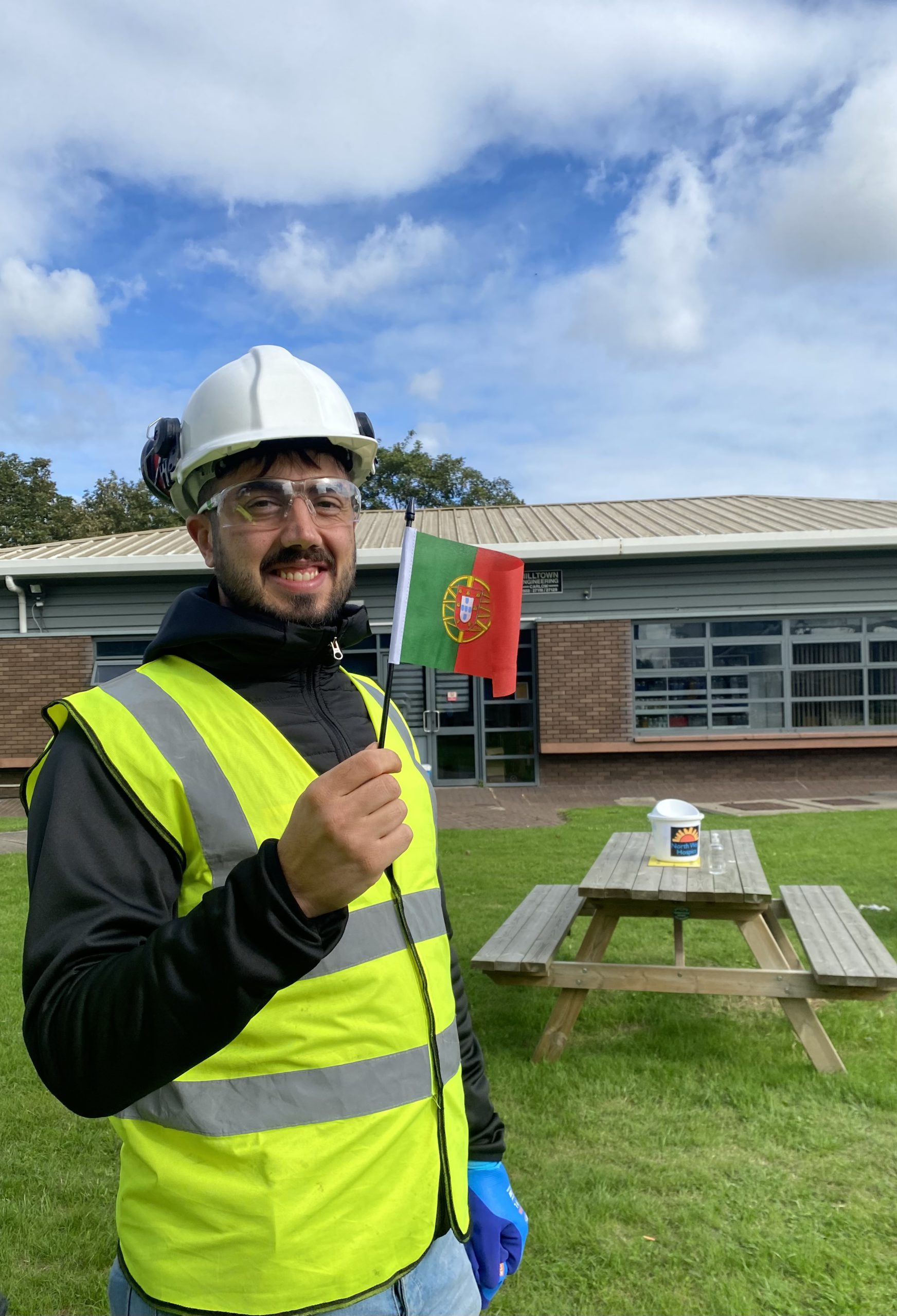 It should be of no surprise to anyone in the construction industry that apprenticeships offer some of the best learning outcomes for businesses and workers alike.

More than just a tradition, almost as sacred as a rite of passage, apprenticeships have been formally recognised for almost 700 years. For decades governments across the world have attempted to rework the apprenticeship model for the modern day, culminating in the ‘standards based’ approach present since the mid-90s.

Ireland is an outlier in one sense, in so far as the efforts to modernise apprenticeships came not from government but rather through ‘social dialogue’ between unions and employers. A testament to its endurance.

The greatest challenge facing the industry today is how to reinvigorate the system. The industry suffered in the aftermath of the global financial crisis, and a major impact toady is found in the scarcity of new skilled workers.

At its lowest there was a reduction of 90 per cent in the number of new apprentices joining the industry compared to pre-crash levels. An entire generation skipped.

The SOLAS apprenticeship job portal offers a solution to this generational skills gap. Its effectiveness relies on facilitating the very core of what makes apprenticeships work – the relationship between the apprentice and employer. The results are speaking for themselves.

In 2022 so far, there are over 24,000 apprentices completing training, helping to meet the demands of developing a skilled and work- ready talent force. Killian Barr is one such apprentice, beginning his electrical apprenticeship with Celtic Anglian Water (CAW) in May of this year. The Wicklow native’s interest in the industry grew following “a short stint in college, learning that I didn’t enjoy the experience, I decided to look elsewhere.”

This is what set Killian on the path to an apprenticeship.

Through the apprentice job portal apprentices are provided access to an exciting ‘earn and learn’ opportunity. The portal is a free service for SOLAS-approved employers to recruit apprentices.

The success of the portal is down to the direct opportunity it affords employers to advertise apprenticeships, facilitating the chance to find and retain their talent pool.

All the while ensuring the industry’s future workforce is skilled and ready to work. Exposure to the industry, for apprentices, is the  perfect platform to engage with essential learnings with industry leaders in the workplace.

Employers, meanwhile, are in the position to decide who to employ and train as an apprentice to best suit their business needs. The prefect opportunity to grow and retain talent within the company.

Also with CAW is electrical apprentice Alvaro Moqi. Originally from Albania, 20-year-old Alvaro has been living in Ireland since he was 13.

After attending access to apprenticeship at TU Dublin, a course designed to introduces learners to different trades, he sought an  electrical apprenticeship because he “liked the role”.

He adds: “My brother-in-law and my uncle are electricians so that had an influence on my decision.”

Alvaro has enjoyed the fast pace of his induction into the trade, having initially anticipated “at least the early stages of apprenticeship to be quite repetitive, but here at CAW I am shadowing electricians during their fault-finding activities and learning the technical things at a faster pace than I thought.”

Signing up as an employer

There are more reasons too for employers to sign up. Looking to our nearest neighbours in England, survey results have found that over half of employers who train apprentices find that those apprentices remain with the company longer than other recruits.

Further to this, those employers found that workers that began as apprentices work harder, better and progress further in the  company than other recruits owing to their knowledge of the business from the ground-up.

The original piece of research described this as a “loyalty bonus”. Anecdotally, the results appear to bare fruit in the attitude both Killian and Alvaro describe as apprentices at CAW. Do you think there are benefits to construction companies bringing more EDI policy into the workplace?

“Yes, because there are a lot of nationalities and religions in the industry and people need to know, people are just people, so everyone has to be treated equally with respect.”
Alvaro Moqi

“I believe there are great benefits as it allows more people to enter the industry without any fear of judgement.”
Killian Barr

In particular each has praised the efforts from CAW to implement greater Equality, Diversity and Inclusion (EDI) policy.

Killian describes how at CAW “a massive amount of effort and focus is being applied to creating a better understanding of the importance of EDI in the workplace.”

Not just through official policy and training, which there is, but also through celebration as Killian recalls, “this included staff barbecues during pride week to promote pride among the staff.”

Alvaro agrees saying: “While I’m new to the industry, so I cannot speak for the whole industry, at least here at CAW there has been an effort by doing courses on transgender awareness and the staff barbecue celebrating pride week.”

For would-be apprentices, learners need only look to the career seekers section at apprenticeship.ie where vacancies can be searched for by location and type.

An important element for this to work is the engagement of employers, who first need to be approved by SOLAS – the website  apprenticeshipjobs.ie has more information. Much like the wider industry, the benefits will be greatest to those who engage with the programme.

The industry has been demonstrating resilience in the face of many challenges, ensuring a steady supply of skilled workers for the future is one that requires a whole of industry response.

Both Killian and Alvaro describe aspirations to lead the industry in the future, as a result of their positive experiences to date.

Killian explains how he hopes to progress in his career seeking further education to improve his skills with the aim of completing an electrical engineering course. Alvaro, meanwhile, is hoping to become a qualified electrician and start his own company.

Each represent the future of the trade, all beginning with their first introductions to the industry through apprenticeship at CAW. Alvaro, despite having family in the trades, mentions how the breadth and scope of the electrician’s responsibilities surprised him and he is prepared now to pursue a long career in the craft.

Killian explains: “The thing which has stood out to me most so far in my apprenticeship has been the willingness of the qualified electricians to have the patience to allow the apprentices to learn and ask questions and try new things daily.”

To sign up for Apprenticeship Online go to www.apprenticeship.ie. Once you are signed up you can submit a claim for the new employer grant of €2,000 per apprentice per year and advertise apprenticeship job vacancies, among other resources. Email info [email protected] to request access.