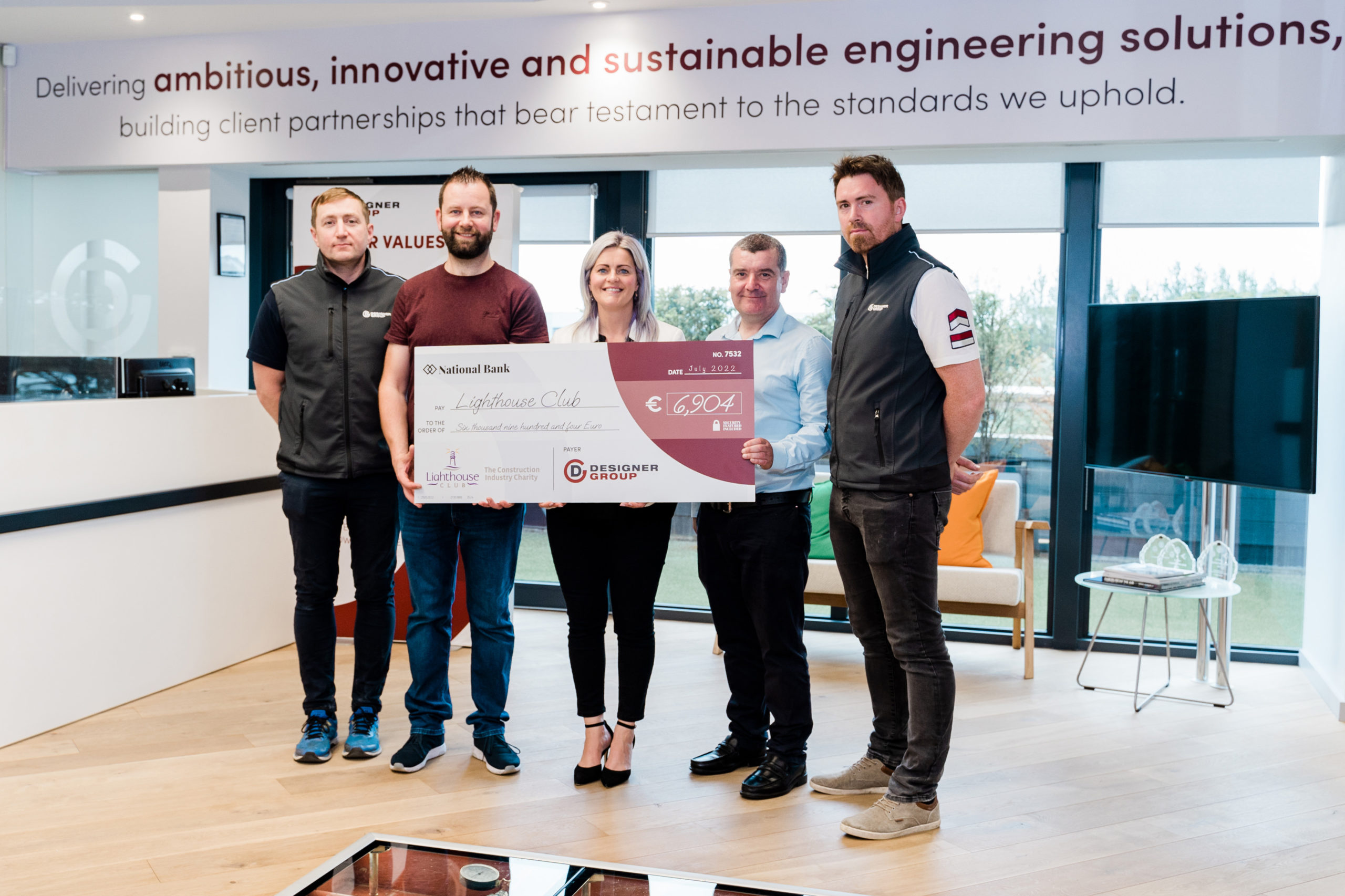 Members of the construction community have scaled new heights across Ireland and the UK to raise thousands of pounds for charity.

Over €97,000 was raised as part of the Lighthouse 4 Peaks Challenge, which finally got underway in May after two years of planning and three postponements.

Pictured, above and below, are members of the Designer Group team, Damien, Richard, Eric and Noel, who contributed just shy of €7,000 at a recent presentation to the Lighthouse Club Charity this summer. A total of 43 challengers, including Lighthouse Club CEO Bill Hill, took part on the adventure that saw them climb four of the highest mountains in Scotland, England, Wales and Ireland in 48 hours.

“Looking back this was not only a considerable physical challenge it was also one of testing the limits of resilience and mental fortitude,” said the charity’s Bill Hill. “Many will find that having thought that they had emptied the tank on several occasions, there is  always a little bit more you can give.

“This will set a new benchmark and when life throws you some curve balls, as it does on occasion, you can always draw on the experiences of this challenge to pull you through. On top of all the fun, tears and laughter the challengers also managed to raise over €97,000 for the charity … amazing.”

He added: “A mountainous thank you goes out to our 4 Peaks event sponsor Clancy Group. Huge thanks also for the Safety hard hats from JSP, Moreprint for the all-weather clothing, Kings Ferry Coaches, the mountain guides provided by Dave Talbot Adventure Events and Alan Richardson our guide for Ireland alongside his partner Jan.” Each challenger had pledged to raise a minimum of €1,480 (£1,250) for the charity as part of the challenge which kicked off at Ben Nevis, Scotland, before heading on to Helvellyn and Snowdon, followed by an overnight ferry crossing to Ireland.

The final climb up Carrauntoohil took place in Co. Kerry, followed by a gala dinner at the Killarney Heights Hotel, where challengers enjoyed the best of the kingdom’s hospitality.